This review focuses on the two-century-old concept of proton hopping. Introduced in 1806 by Grotthuss, it has evolved into an explanation of great diversity in describing many functions in living systems. It is a process involving water, which expands on the belief that life exists only in the presence of water. This review describes the mechanism of the process as it carries information through the water. A focus is initially made on the process of water in the nerve systems. The nature of the process in these systems is described as the passage of proton hopping in living systems. In drug-receptor encounters, proton hopping is initiated, carrying specific information from these specialized encounters. The review continues with an explanation of sleep, arising from an alteration in proton hopping. A similar phenomenon of the effect of general anesthetic agents is described, as they interfere with by proton hopping. Finally, memory functions are addressed in the realm of events carried by proton hopping.

School of Pharmacy, Department of Nurse Anesthesia, and Center for the Study of Biological Complexity, Virginia Commonwealth University, Richmond, VA 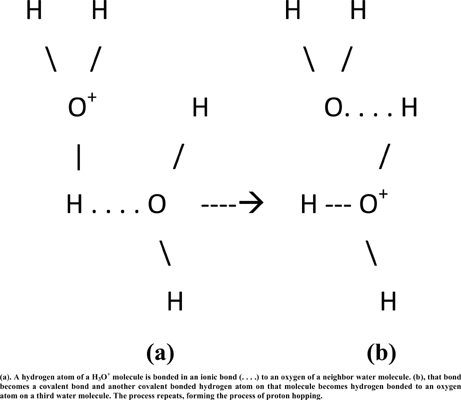